The imprisonment of dissenters in psychiatric hospitals continues to be the subject of public concern and protest.

In a letter appealing to the psychiatrists of a number of countries, the Action Group for the Defence of Human Rights in the USSR, stresses once more that this form of persecution of freedom of thought in our country is intolerable and immoral.

The findings of the forensic-psychiatric examinations to which dissenters are subjected are wholly unconvincing, revealing a deliberate lack of integrity on the part of the experts. The “benefits” derived from placing troublesome persons in psychiatric hospitals are obvious, on the other hand, says the letter, since “this method (a) guarantees the complete secrecy of the trial and deprives the accused of the opportunity to defend himself personally in court; (b) permits the most thorough isolation of troublesome persons without limitation of the period of isolation; (c) allows the use of medical methods of influencing the minds of dissenters; and (d) discredits these people and their ideas.”

It is also logical with treatment of this sort that the “patient’s” renunciation of his convictions is regarded as the main indication of his “recovery”.

The letter ends with a request “that each psychiatrist should help in whatever way he feels able”.

Z.M. Grigorenko, wife of Pyotr Grigorevich Grigorenko, who is a prisoner in the hospital-prison in Chernyakhovsk [Kaliningrad Region], has again sent letters to Soviet and international organisations [1] demanding their urgent intercession over the fate of her husband.

She gives a detailed account of the inhuman treatment to which P.G. Grigorenko is being subjected in the Chernyakhovsk Special Psychiatric Hospital. He is still deprived of pen and paper for independent work; he is still being fed and taken out for exercise together with aggressive patients; despite his requests he has been refused the right to any physical labour, etc. In January of this year P.G. Grigorenko was brought before a regular commission. One of the professor’s first questions was:

“Pyotr Grigorevich, how are your convictions?”

He replied: “Convictions are not like gloves, they are not easy to change.”

In answer to his request for pen and paper he was told:

“What do you need a pen for? You’ll start getting ideas and writing them down, which is not permitted in your case.”

The commission’s decision: “Treatment to be continued in view of the patient’s unhealthy condition.”

In January 1971 an “Appeal to Soviet society” [2], signed by Vasily Ivanovich Chernyshov, was received from the Leningrad Special Psychiatric Hospital.

The author writes that he is a graduate of the Mechanics and Mathematics Faculty of Leningrad University and a former teacher at the Leningrad branch of the Moscow Institute of Technology; he is married and has a son; he was well regarded by his superiors, colleagues and students. He collected books and records, and wrote poetry, short stories and philosophical studies “for his own amusement”. Certain of his ideas were, in his own words, of an “anti-communist nature”. He gave his notes, which he had bound into a note-book, to two friends only to read.

In March 1970 Chernyshov was arrested on a charge of Anti-Soviet Propaganda. “One of the readers of my compilation begged for his freedom and, through showing sincere remorse, was released. The other was V. Popov, a graduate of the Academy of Arts, whose guilt consisted in having drawn an ex-libris in the note-book. He was arrested.”

After examining Chernyshov for half an hour, a commission diagnosed chronic schizophrenia in a paranoid form (V. Popov was similarly diagnosed). The court prescribed compulsory treatment in a special hospital. Chernyshov did not learn of the diagnosis and decision of the court for six weeks.

The author of the “Appeal” is shocked by the cynical haste with which the examination was conducted and by its grossly unsubstantiated findings. The grounds for judging Chernyshov to be of unsound mind were “two allegedly unmotivated acts: withdrawal from the university in 1962 and a suicide attempt in 1963 because of an unhappy love affair.” However, as the author writes, his withdrawal from the university was caused by his expulsion for failing his examinations. As for the suicide attempt, a commission which examined him at the time – not for half an hour but for four days – established that Chernyshov was healthy and normal: he was not even placed on the psychiatric register.

The author does not conceal his bitterness and horror at the catastrophic hopelessness of his position. The fate of other prisoners (V. Borisov, V. Fainberg, N. Broslavsky, [I] Timonin) has convinced him that placing of dissenters in the madhouse is a consciously calculated reprisal against them. “The statistics are depressing,” he writes, ” – on average, political prisoners are held for longer than murderers and rapists.” The most terrifying aspect is the forcible “treatment”, the slow mutilation and destruction of the human soul. “After treatment, I have been told, I shall be able to work even as a book-keeper, but I shall not be capable of creative activity … I fear death, but I shall accept it. I am terribly afraid of torture. But there is an even worse torture – meddling with my brain with chemical substances … I have now been informed of the decision that I shall be given ‘treatment’. Farewell!”

On 16 February Chernyshov was brought before a commission, and after a five-minute interview treatment was indeed prescribed. When Chernyshov asked: “What are you treating me for? As you know, my views are different now”, Tamara Anatolevna, one of the doctors, replied:

“Can’t you get it into your head that we couldn’t care less what your views are – the main thing for us is that you shouldn’t have any views at all.”

The “treatment” of Vladimir Vasilevich Popov, mentioned in Chernyshov’s “Appeal”, has also begun. Popov’s wife has been informed that on being discharged he will have to train for a new profession, as he will be unable to work as an architect after treatment. 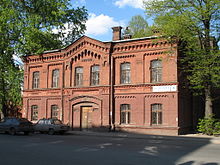 On 8 December 1970 (not 5 December, as CCE 17.12, item 15, incorrectly stated) Vladimir Gershuni, who was at the time in Butyrka Prison, announced a hunger-strike timed for 10 December (Human Rights Day), but in the expectation of being transferred to a special psychiatric hospital began it two days early. Explaining the causes and aims of the hunger-strike in a statement to the USSR Supreme Court, Gershuni included in his demands the return of letters and telegrams confiscated from him. On New Year’s Eve Gershuni was transferred to the Special Psychiatric Hospital in Oryol [Orel]. Address: institution IZ-55/1a, 8. Razgradskaya Street (formerly the Oryol Region Prison).

The hunger-strike was discontinued on 31 January 1971, thus lasting 55 days. On the 43rd day a warder struck Gershuni on the face while he was being forcibly fed. During the hunger-strike, besides forcible feeding, Gershuni was given injections of Aminazin in large doses, which in Gershuni’s words “deprived me of sleep and normal perception”. Haloperidol was later substituted for Aminazin.

On 9 January 1971 Natalya Gorbanevskaya was transferred from Butyrka Prison to the Special Psychiatric Hospital on Sechenov Street in Kazan (postal address: building 148, block 6, postbox UE, Kazan-82), where a course of treatment with Haloperidol has been prescribed for her.

“As a symbol of solidarity with the political prisoners in the Mordovian camps, in the Vladimir, Lefortovo and Butyrka Prisons, and in the Leningrad, Kazan and Chernyakhovsk Special Psychiatric Hospitals and in other places of confinement, and as a protest against the anti-constitutional political persecution of people, and in particular against my arrest, protracted imprisonment and the deliberately false judgement that I am of unsound mind, I declare a hunger-strike from 5 December (Constitution Day) to 10 December (Human Rights Day).”

On 26 January 1971 the Moscow Region Court considered the findings of a commission of experts, who visited the Kazan Special Psychiatric Hospital in November 1970 to examine whether or not to release Victor Kuznetsov (see CCE 9.3) from compulsory treatment. [Yakov Lazarevich] Landau of the Serbsky Institute spoke on behalf of the commission. Procurator Morozov requested the court, “in view of the gravity of Kuznetsov’s guilt”, to extend his period of detention in the Kazan Special Psychiatric Hospital. The Court, under the chairmanship of Shevtsov, rejected the petition of the commission and concurred with the opinion of the Procurator.

Olga Joffe (for her trial, CCE 15.2), by the decision of a commission which was subsequently confirmed by the Kazan City Court on 13 January 1971, has been prescribed treatment in a hospital of general type; on 28 February she was despatched to the Central Psychiatric Remand Centre (hospital No. 7) in Moscow. At present Joffe is in psychiatric hospital No. 3 (Matrosskaya Tishina Street). 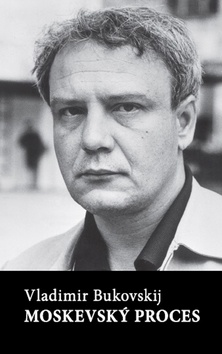