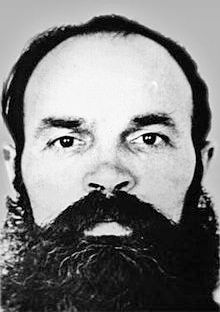 On 8 December 1986 Anatoly MARCHENKO (b. 1938), a political prisoner for many years, died in the maximum-security Chistopol Prison (Tatarstan). For several months prior to his death, he had been on hunger strike, started on 8 August 1986 (1986: 17-7, 15 September). Official reports of his death are contradictory: some talk of a cerebral haemorrhage, others of a heart attack.

A few days before his death, his wife Larisa Bogoraz received a postcard from Marchenko, requesting that she send him a food parcel. He had ended his hunger strike, in other words. A number of expressions in his postcard could be interpreted to mean that Marchenko was in the prison infirmary and was about to be transferred somewhere else, i.e. that the remainder of his ten-year sentence had been revoked. It’s difficult now to establish whether this interpretation is correct.

It has since become known that, shortly before Marchenko’s death, representatives of the Soviet regime entered into negotiations with a number of authoritative foreign organisations, trying to gain certain political concessions in return for Marchenko’s release. The Soviet authorities also invited Larisa Bogoraz to emigrate from the USSR together with her husband but refused to let her see Marchenko  to discuss this proposal.

Anatoly MARCHENKO was buried in Chistopol on 11 December 1986 following a service conducted according to the rites of Russian Orthodox Church.

Anatoly Tikhonovich Marchenko was a famous figure of the human rights movement in the Soviet Union. One of the founders of the Moscow Helsinki Group in 1976, he was the author of books translated into many other languages (My Testimony [1969], From Tarusa to Siberia [1980], To Live Like Everyone [1989]), as well as numerous articles and documents concerning human rights. At the time of his death, Marchenko was serving his sixth term of imprisonment.

He was first arrested on criminal charges in 1957. Subsequently, he served various terms of imprisonment and exile on political charges, amounting to a total of almost 18 years. His last arrest took place in March 1981. He was sentenced to 10 years in strict-regime penal colonies, followed by five years in exile (1981: 17-1, 15 September).

Marchenko’s wife Larisa J. Bogoraz and their son Pavel (b. 1973) live on Leninsky Prospect in Moscow.

This report has been translated from USSR News Brief («Вести из СССР»), a fortnightly digest compiled in Munich by Kronid Lyubarsky, from November 1978 through the years after the Chronicle ceased to appear until the end of 1991.

Anatoly MARCHENKO figured as a “giant of the dissident movement” in Peter Reddaway’s Uncensored Russia (1972) and his autobiographical Dissidents (2020).