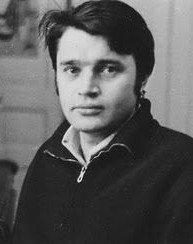 Andrei Nikolayevich Tverdokhlebov (b. 1940) took part, together with A. D. Sakharov and V. N. Chalidze, in the founding of the Moscow Human Rights Committee (1970) and was a member of the committee until December 1972. During 1972-3 he published the samizdat miscellanies Amnesty International. In 1973 Tverdokhlebov was one of the founders of Group 73, which was set up to study the problems of aid to prisoners of conscience. Group 73 was associated with The International Federation for the Rights of Man (the Federation’s bureau is in Paris). Tverdokhlebov is a co-founder and the secretary of the Soviet group of Amnesty International, which has been functioning since October 1973.

Earlier issues of the Chronicle have given details about the many declarations sent by A. Tverdokhlebov to various official bodies in support of people subjected to persecution on ideological grounds and concerning the conditions of detention in places of imprisonment (see, e.g., CCE 29, 30, 32-35).

In 1974 the Khronika Press publishing house (New York) published the collection Andrei Tverdokhlebov in Defence of Human Rights (edited by V. Chalidze). In a foreword to the collection, the publishers state that Tverdokhlebov’s permission for its publication had not been sought, but they felt that “his rights have not been infringed by this, as all the texts included in the collection are already available for public use”.

On 27-28 November 1974, on the instructions of the KGB attached to the Council of Ministers of the Lithuanian SSR, a search was carried out at Tverdokhlebov’s home, in connection with “case number 345”, concerning the Chronicle of the Lithuanian Catholic Church (CCE 34). On 23 December another search took place at Tverdokhlebov’s home in connection with the same case (CCE 34). On 23, 24 and 25 December, Tverdokhlebov was interrogated for three consecutive days about case number 345; on 9 January 1975 Tverdokhlebov was interrogated about case number 38, concerning the journal Veche, On 9 February Tverdokhlebov issued in samizdat the article “Two Searches and Four Interrogations”. The article appeared with nine appendices (two of them annotated in the “Letters and Statements” section of CCE 35).

The author arrives at the following conclusions: “Belief in the investigators’ integrity is all too quickly destroyed”; “it is morally impermissible to give evidence about other people and even to mention names which have hitherto not been cited by the investigator”; “refusal to give evidence as a witness may result in a summons to appear as a defendant in the same case or a similar one”.

On 9 April 1975 Tverdokhlebov sent a letter to investigator Yu. Chuprov at the KGB headquarters in Vladimir. Confirming that he had received a message summoning him for interrogation on 10 April, he wrote: “I ask you not to summon me any more as a witness in case number 38. During your earlier interrogation in Moscow I answered your questions more fully than was called for, and in my opinion this has exhausted my role as a witness in this case …. You may use this letter as a statement of refusal to give evidence for the above- mentioned reason.” On 18 April, in the early morning, Andrei Tverdokhlebov was arrested at his apartment.

“Everyone has the right to freedom of opinion and expression; this right includes freedom to hold opinions without interference and to seek, receive and impart information and ideas through any media and regard-less of frontiers.”

A Chronicle of Current Events (in Russian)