On 13-16 May this year, the Kiev Region Court examined the case of Boris Kochubievsky, accused under Article 187-1 of the Ukrainian SSR Criminal Code (which corresponds to Article 190 of the Russian Criminal Code). Kochubievsky was charged with making statements on the position of Jews in the USSR. Some episodes from the prosecution proceedings were mentioned in the sixth issue of the Chronicle [CCE 6.2], but there was nothing about a speech Kochubievsky made at a lecture on Israeli “aggression” during the Six Day War [1967]. The court found him guilty, and Kochubievsky was sentenced to three years in ordinary regime camps. 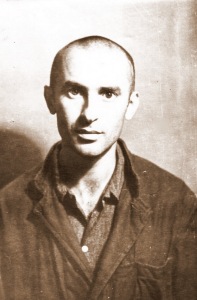 Kochubievsky did not plead guilty. He denied that his statements had been untrue, and said that even if some of them had been found to be untrue, it was not deliberate untruth, since he had been convinced of the truth of the words when he spoke them. The prosecutor objected on this point:  “You have received higher education, passed post-graduate examinations in philosophy, you are acquainted with the Constitution of the USSR, and therefore you could not fail to know that in our country none of the things you are talking about can exist.” This formula, in almost identical wording, was included in the sentence, as proof of the deliberate untruth of Kochubievsky‘s statements.

During one of the main episodes of the prosecution, concerning Baby Yar, eight witnesses appeared, only three of them for the prosecution. Kochubievsky asked one of these three, Rabinovich, how he came to be in Baby Yar, and Rabinovich replied that he had been looking for a shop and came there accidentally. The court rejected the evidence of the defence witnesses, on the grounds that all five of them were friends of the accused and without exception supported the accused’s “Zionist views” in court.

Both Judge and Prosecutor constantly used the clichés “Zionist”, and “Zionist views”, in spite of the fact that Kochubievsky objected explicitly to this. To take a specific example, the Prosecutor asked:  “And have you thought what you have done to your wife? You have infected this sweet young Russian girl with your Zionist views.” Here are two more examples of the logic of the prosecution:

Prosecutor – You do know whom we were fighting?

Prosecutor – And what were we fighting for? Was it freedom?

Prosecutor – Did we win?

Prosecutor – Well, there you are, then, so we have freedom.

Judge (or Prosecutor) – I know you will claim there is anti-Semitism here, in view of the fact that there are 200,000 Jews in the Ukraine, but no Jewish schools, newspapers or theatres.

Kochubievsky – Yes, and that too.

Judge (or Prosecutor) – But you know very well that here they don’t all live together, they are scattered.

Kochubievsky – But in Canada there is a smaller Ukrainian population, yet they have their own papers, schools and theatres.

Judge (or Prosecutor) – But what comparisons are you making? I mean, they live in a bourgeois state, they still have to win their freedom!

It is no accident that no-one could remember if it was the Judge or the Prosecutor who conducted this dialogue. The Judge on the whole behaved more like a spokesman for the Prosecution; his manner was much more aggressive than that of the relatively mild Prosecutor. He kept interrupting the accused, and mocking him; he whipped up the unsympathetic elements among the public into making hostile remarks, and all the while he did not once call the public to order. All he did was to drop a gentle hint at one point to the effect that he disapproved of comments from the public benches.

Present in the courtroom were the relatives of the accused, and, after giving evidence, the witnesses. The remaining seats were occupied by the “public”, amongst whom several KGB pen were spotted. When people asked the policemen and the escorts why the public was not being admitted to the courtroom, they replied, besides giving the traditional answer – “full up”, that “the KGB won’t allow it”. A policeman asked one of the KGB: “Hey Chief, which are your men here?” Without the permission of the “Chief”, the public was not allowed out for a smoke during breaks. This “Chief” who had at some point given his name as Yury Pavlovich Nikiforov to someone there, stood behind Vitaly Kochubievsky, brother of the accused, and from time to time kept hissing “And you’re a Yid, you’re a Yid.”

Many members of the public were not allowed into the courtroom although they had arrived long before the start of the proceedings, and long before the appearance of the “public” in the court. They sent a declaration to the Chairman of the Court, and later a protest to the Kiev City Procurator, but nothing came of that. The only thing that everyone managed to hear was the sentence. Among those who protested a: not being allowed into the courtroom was the daughter of an active witness for the prosecution, Rudenko.

Corrections and additions to the report of the Kochubievsky case as published in the sixth issue of the Chronicle [CCE 6.2] are as follows:

[1] It was reported that both Kochubievsky‘s parents were tortured to death during the war. In fact it was only his father who perished then; his mother died of natural causes a few years ago.

[2] Davydov, the hero of Anatoly Kuznetsov’s novel Baby Yar, did not speak at the trial, but he did make a statement to various people, including an investigator, saying that he had written a denunciation of Kochubievsky while drunk. The content of the denunciation was not used to incriminate Kochubievsky.

[3] One of the witnesses for the prosecution was Deputy-Dean Groza, who has said that “Jews stink”. This was corroborated at the trial. However, according to Groza she had not been stating it as a fact, but asking if it were true.

In the second half of June the Kochubievsky case was examined on appeal by the Ukrainian SSR Supreme Court, and the sentence passed by the Kiev City Court [called “Kiev Region Court” above, tr.] was confirmed.

“Everyone has the right to freedom of opinion and expression; this right includes freedom to hold opinions without interference and to seek, receive and impart information and ideas through any media and regard-less of frontiers.”

A Chronicle of Current Events (in Russian)