On the night of 8/9 March 1976, Grigory Sergeyevich PODYAPOLSKY, a scientist and poet, one of those who has fought openly and courageously for human rights in the USSR, died of a brain haemorrhage in a Saratov hospital. 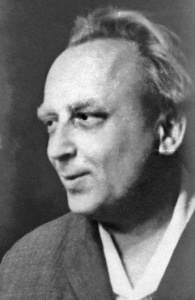 Grigory Podyapolsky had an exceptional, outsize and vivid personality.

He was a talented scientist and did important work on the dynamic theory of resilience in geophysics and hydrodynamics, which was published in the USSR and abroad. He was able to make a particularly important contribution to the theory of the formation of tsunami [seismic sea-waves]. This work of his was very significant in the forecasting of tsunami and has been deservedly recognized.

Science was more to Podyapolsky than a profession. It expressed the very essence of his nature. His scientific thinking was passionate and inspired. None of the everyday difficulties of life could long distract Podyapolsky from his scientific work and interests.

At the same time, however, his creative scientific work could not engulf him entirely. He was intolerant towards evil and, because of this noble intolerance, disliked procrastination.

It is impossible to list all the prisoners of conscience whom Podyapolsky defended. He came to the defence of Esenin-Volpin and Grigorenko, Ginzburg and Galanskov, Plyushch and Bukovsky, Kovalyov and Tverdokhlebov. His signature appears on many important documents defending human rights.

In 1969 the directors of the Earth Physics Institute refused to allow him to defend his dissertation, and in 1970 he was dismissed from the Institute, where he had worked for 17 years.

During 1969-75 Podyapolsky was summoned for interrogations by the KGB, and a search was carried out at his fiat.

In this tense and difficult situation, risking unemployment, Podyapolsky continued his scientific work, his defending of people’s rights, and his literary work.

In 1974 a collection of Grigory Podyapolsky‘s verse, The Golden Age, was published in the West, revealing for us yet another side of his many-faceted personality.

Podyapolsky was an actively good man, amazingly tolerant of other people’s opinions, and at the same time, firm and uncompromising.

His image remains in his works.

That image will be remembered not only by us. It will remain as part of the historical memory of our country, as the ashes of our unforgettable friend will remain in his native soil.

The obituary notice was signed by 91 persons.

Podyapolsky’s funeral took place on 12 March in Moscow. About 300 people came to pay their last respects.

At the crematorium A, D. Sakharov made a short speech. At the commemorative gathering Professor Zvolinsky, a representative of the Institute of Geology and Mineral Exploration, described his scientific work. In addition, Professor Zvolinsky said that Grigory Sergeyevich’s uprightness and independence of judgement, together with the fact that he expressed his views openly, had inspired great respect for him.

In her speech Z. M. Grigorenko spoke of the warmth and concern that he had shown towards her family when her husband was in prison, of his role in the release of Pyotr Grigorenko, and of Podyapolsky’s struggle for the release of other political prisoners.